Nick Webber is the founder of Take One Productions. His career is steeped in the video production and multimedia industry.

Nick spent 11 years in the Government Information Service producing, managing and editing over 200 programmes. Prior to this, he worked in a leading advertising agency in London as a producer.

Founding Take One Productions in 1996 seemed the next logical step: ‘I had trained and worked for many years in the video industry – I enjoyed it and could see the potential back then to develop bigger and better things. I still love every project we’re involved in – it’s a great industry.’

Nick is not one of those managing directors who like to climb to the top and stay there looking down on what is happening. He oversees all the production work at Take One and assumes a project manager role on larger complex projects. This takes him out on location, behind the cameras and directing: ‘I still get involved at every stage of a programme’s development.’ 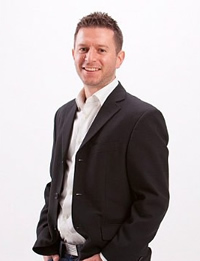 As well as being Senior Producer, Steve is a Director of Take One Productions. Steve is a member of the Guild of Television Cameramen and has a BA (Hons) in Media Production, with over 25 years television and corporate production experience.

Steve’s entire career to date has been in media, working with Sky Sports, Meridian Television, as a freelancer in the UK and in the on-air promotions department for Television New Zealand.

Steve joined Take One in 1999. As well as being highly skilled in all aspects of video and multimedia production, he heads up the e-learning and live streaming arm of the business.

The production team are all qualified, highly skilled and experienced in the various aspects of video and multimedia production. We also have an established bank of long standing freelance experts that we are able to call upon when workloads demand. All our production staff are supported by an experienced team which provides administrative, IT and financial support.

If you would like to talk to us about a project, we would love to hear from you.